In this gallery, various diagrams are collected, which are based on results from MeloSpySuite to give you an impression of the possibilities of the system.

What’s this all about: A wordle¶

That’s what you get when you put [Pfleiderer2010] into Wordle

Extraction of 400 timbre features for 13 tenor players and projecting them onto two principal dimensions. 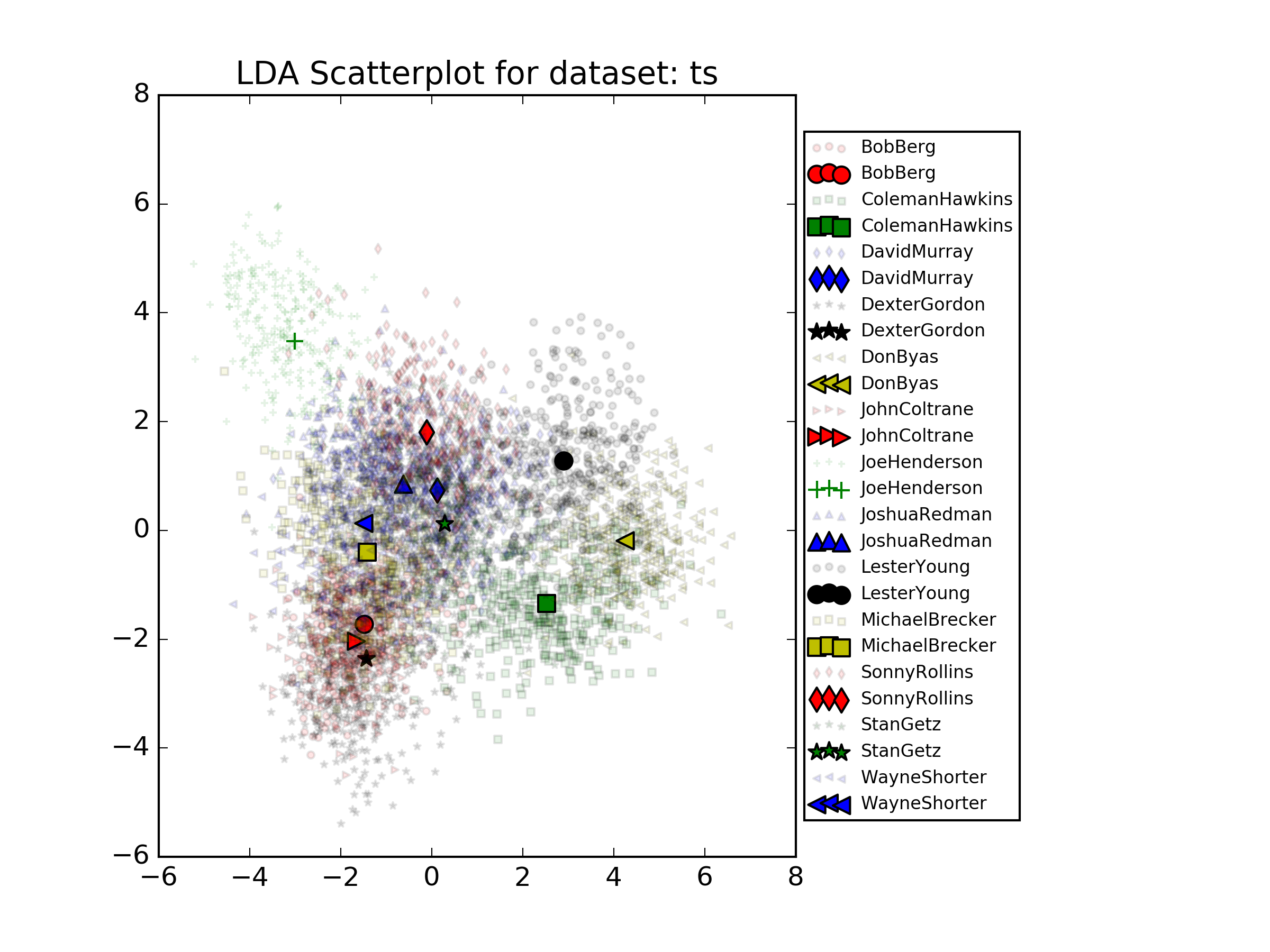 These plots are actually a bit older, but the underlying can be reproduced using the Weimar Jazz Database and the Average Run-lengths of Parsons Sequences feature from melfeature. The circles on the large circle represent the frequency of tonal pitch classes by size and darkness, while the arrows represent transitions probabilities using the same coding. The actual graph was actually done using awk, ps-tricks, latex, and gimp, but a more easy-to-use feature will be included in the MeloSpySuite in the future. 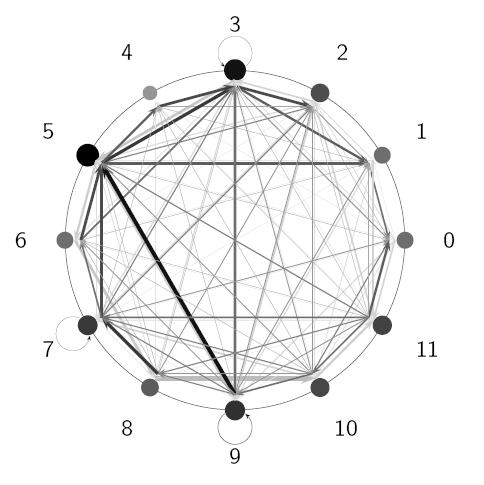 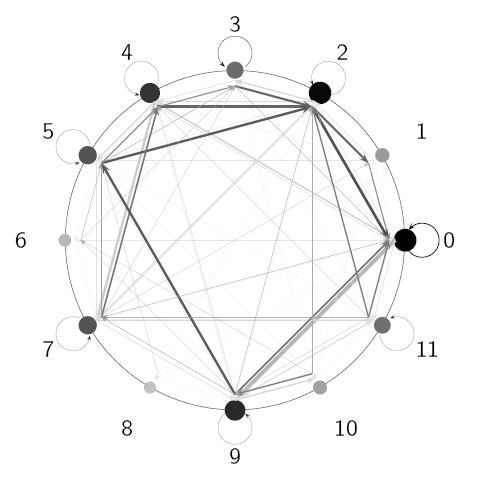 This graph was made using the Extended Chordal Diatonic Pitch Class Single Features from melfeature and the graphics package ggplot2 for R. 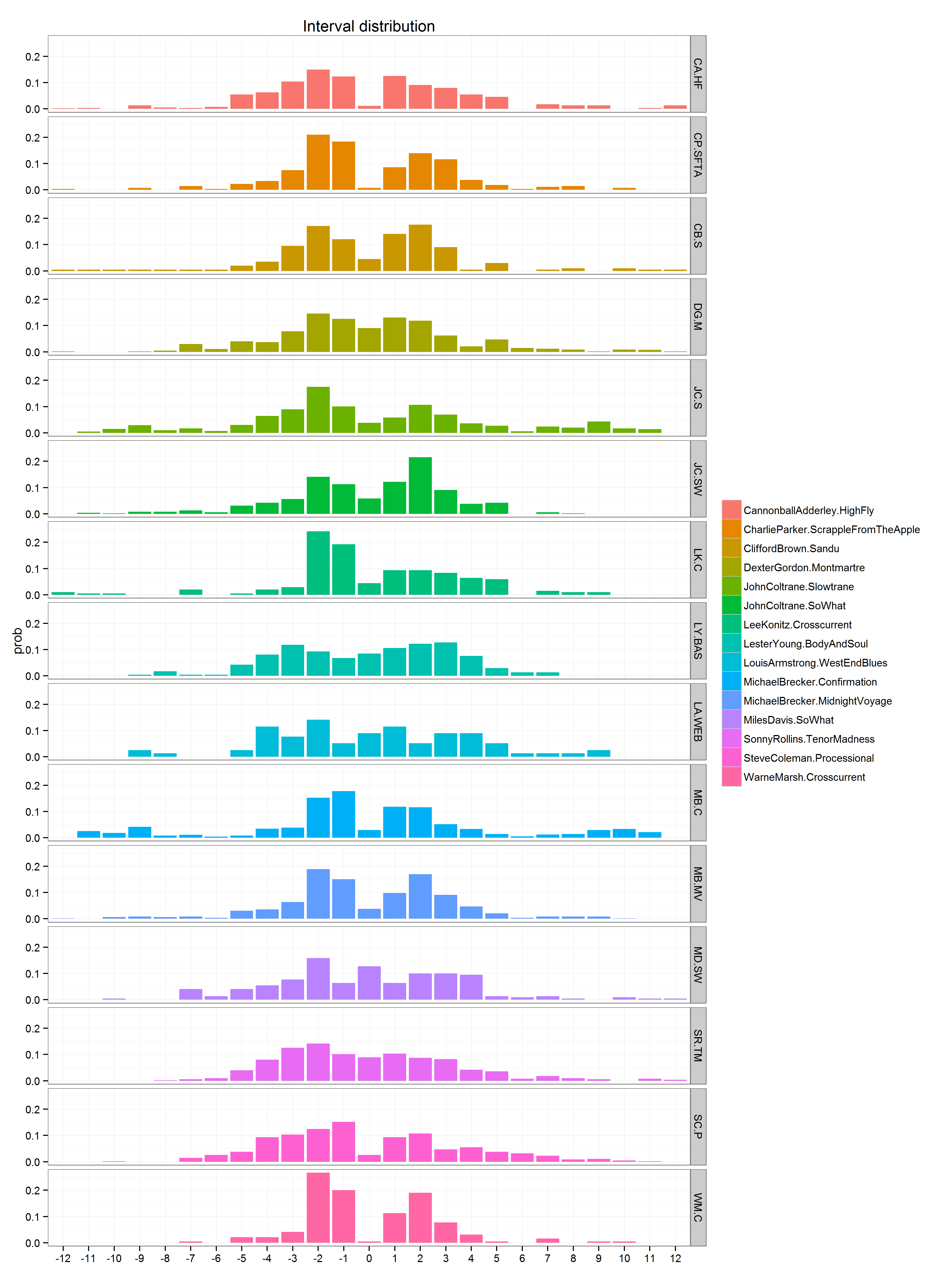 This graph was made using the Extended Chordal Diatonic Pitch Class Single Features from melfeature and the graphics package ggplot2 for R. The folk song corpora are subsets of our version of the EsAC Database. The pop songs are taken from a professional, not publicly available MIDI database (using only the main vocal lines). 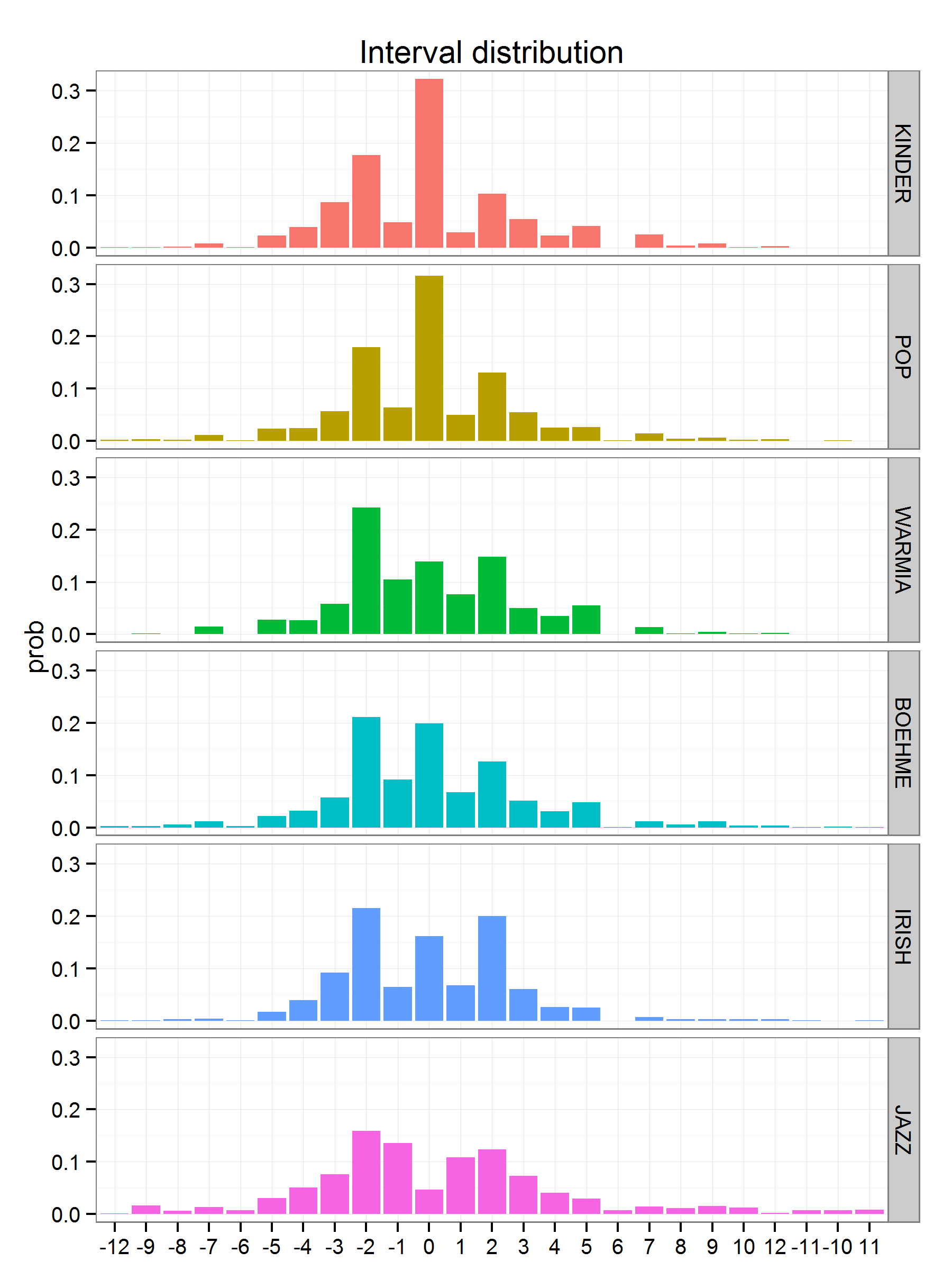 Swing Ratios of Parker and Trane¶

This is a fresh and new result, which, however, was done quick-and-dirty using the EsAC Metadata for melfeature and needs some further cross-checking. The swing ratio is defined as the proportion of inter-onset intervals of two eights in a beat. The feature norms the duration the of the first eight to 1 and reports only the second part. Hence, a swing ratio feature value of s means a proportion of 1:s, a value of s=1 signifys perfect binary division. The median value for Charlie Parker is about 0.58 so roughly between triplet eights (1:0.5 = 2:1) and quintuplet eights (1:0.67=3:2). John Coltrane has median of about 0.75, which is more similar to septuplet eights (1:0.75 = 4:3), and shows a much larger variation in values. 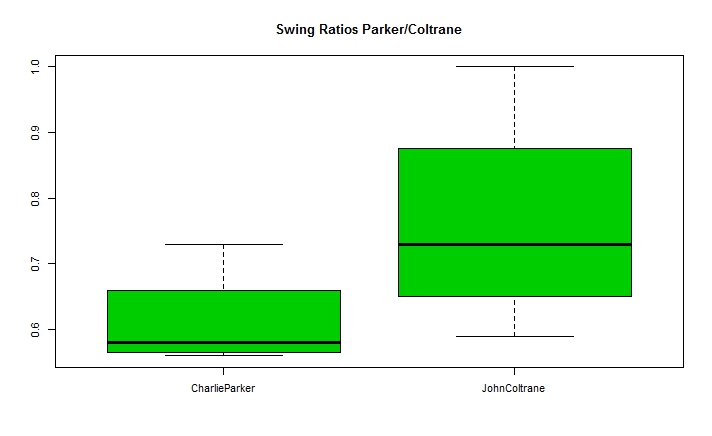 You can explore patterns as played by Charlie Parker’s via our Interactive Pattern Explorer. It visualizes all of Charlie Parker’s pitch patterns extracted from 56 solos from the Omnibook using melpat, the pattern mining application from the MeloSpySuite.

Here you can find piano roll representations of 62 selected solos. MeloSpyGUI allows you to produce you own piano rolls.